Old people (and animals) are clearly different in many often subtle ways from their younger counterparts. But quantifying these differences and precisely describing them is not easy. And explaining why aging occurs is not straightforward, either. Many ideas have been proposed over the centuries. We still don’t have a firm picture but research into physiology has sharpened our understanding.

Mikhail V. Blagosklonny of Roswell Park Cancer Institute wrote "Aging is the sum of pre-diseases and diseases." Another definition is: Aging as a progressive increase in death rate due to decline in intrinsic physiological function over time. And this decline is due to decreasing or at least plateauing of natural selection forces later in life.

Senescence is a fancy word for old age, used in scientific papers. There is no consensus definition of the hallmarks of senescence, even among gerontologists. Chronological age is probably the most common metric and some academic studies define elderly as those past a certain age. That age differs depending on the field (sociology, labor, etc.) and what the investigators are looking into (e.g. muscle weakness, strokes in those past 80 years, etc.)

Senescent as an adjective does not refer to an old person. It means an aging person. In microbiology senescent refers to a cell that has stopped dividing. Senectitude is another word for senescence. 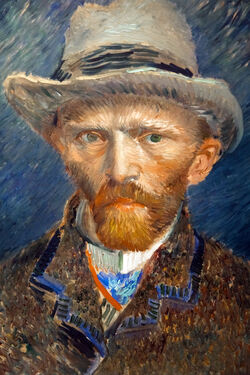 Cells experience senescence; this helps protect against cancer, but cellular senescence is not synonymous with aging of the organism. An old person is not just a person with old cells. The signs of aging are much more related to how cells relate to each other. Defects in intercellular communication cause the lack of homeostasis characteristic of aging.

Difference between disease and illness.

An article published in Cell magazine in 2013 outlined nine Hallmarks of Aging.

The aging process is highly individualized and in any one person affects many physiological systems. Many theories of aging have been proposed over the years.

The immune system changes with age. Some immune system functions decline while others actually get stronger. Inflamm-aging - which is chronic inflammation with age - seems widespread although scientists are not as sure as they used to be that inflammation causes geriatric syndromes. More on immunosenescence.

Many people - including Oprah Winfrey - like to posit the idea that chronological age and effective (functional) age are different. It is intuitively obvious that some individuals exhibit more of a decline with age than others and that the process of physical aging occurs at different rates and times. This notion has given rise to a veritable industry of “real age” tests and assessments. This industry is related to the anti-aging dietary supplement industry.

But geriatricians know there is value in measuring effective age. Doctors often look at gait speed to predict how well a person is doing. Generally speaking, the slower a person walks, the greater the risk for disease and death. Measuring gait speed is an element of a geriatric assessment. People with slow gait speeds have smaller brains and perform worse on cognitive tests than fast walkers.

Walking speed is a useful insight into middle-aged people. Researchers found that people with a slow walk had progressively aged more rapidly up to age 45 than faster walkers had. They concluded gait speed in middle age indicated a propensity to lifelong brain health.

“When the gods created man they allotted to him death, but life they retained in their own keeping” - Epic of Gilgamesh

Cancer is extremely common, and even though progress has been made in keeping patients alive for longer and longer periods, it remains the second leading cause of death in the US. For middle-aged people it is the leading killer.

There are many known causes of cancer and probably many unknown causes. For any one case it is impossible to identify the exact cause. There are probably more than one cause for any one case. After decades of a scientific "war on cancer", the biochemistry and cellular biology of the disease are still not entirely understood. Cancer and aging share many factors, leading some to ask: "Is cancer simply a byproduct of aging?" But there is no answer to that question.