Epigenetic transformations are a series of processes that occur in the cell nucleus and that by modulating gene expression can modify cell function without altering the DNA sequence. These transformations include methylation of cytosine (CM) in DNA, post-translational histone modification, and chromatin remodeling. The combined interactions comprise the epigenome, a dynamic system that is modified by factors such as the environment, health, and aging. Here we address some epigenetic events in the context of human aging.

Scientists have found that both animal models and human cells exhibit lower rates of CM when the individual is older. [7]. The CM loss occurs primarily in the densely methylated repeat fraction of the genome, which predominantly consists of transposable elements. Demethylation may lead to genome destabilization.

In humans, studies on monozygotic twin pairs showed that inter-individual differences in locus-specific CM increase with age. The change was mainly associated with individual environmental factors. Selective gene methylation occurs upon aging. Thus, tumor suppressor genes become hypermethylated in tumor cells and normal aging cells. Likewise, the promoter CpGi sequence of tumor suppressors (p16, and TIG1) and transcription factor (RUNX3) genes that is normally unmethylated in human stomach epithelial cells before the individual is 50 years old, becomes progressively methylated as the individual advances to age 80 [10]. DNA methylation patterns appear to depend on both tissue type and age. In human tissues, there is a distinct correlation between age and CM levels: the degree of methylation increased in CpGi loci, whereas it decreased in non-CpGi loci.

The methylation status of the CpGi loci that correlates significantly with aging is the fundamental epigenetic mark used for predicting chronological and biological age (epigenetic clock) [3]. Thus, the classical "Horvath" marksclock, based on changes at 353 CpGi sites, predicts chronological age with 96% accuracy in different human tissues and cell types [12]. 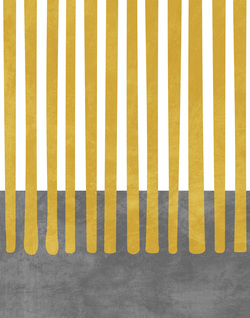 Histones are modified post-translationally by acetylation, methylation, phosphorylation, and ubiquitylation, creating histone marks [5]. Alkylation marks can be identified based on the specific histone, modified amino acid position, and the number of alkylating units.

The more alkylation marks are on a chromosome, the older the individual it came from was. With age, there is a global increase in transcriptionally activating marks, such as H3K4me3 and H4K16ac, and a decrease in the silencing marks H3K9me3, H3K27me3, H4K20me2, and H3K56ac13. However, there are differences in the specific pattern of histone modifications, probably due to locus-specific mark variations [2].

Alterations in the activity or abundance of alkyltransferases or dealkylases significantly affects the longevity of individuals. Knockout of the SET-26 methyltransferase and polycomb increase the lifespan in nematodes and flies, respectively. Overexpression of the H3K27 or KDM7 demethylases increases the longevity in nematodes and mice [16,17]. Deletion of SAS2, which encodes the HAT enzyme that acetylates H4K16, extends the lifespan in yeasts.

Nuclear DNA wraps histones into an octamer complex forming the nucleosome https://www.nature.com/scitable/definition/nucleosome-nucleosomes-30/. CM and histone modifications occur at multiple sites within the nucleosome, thereby affecting gene expression by regulating the binding of transcriptional complexes (chromatin remodeling). They result in a less stable genome and modifications of gene function typified by loss of silencing, enhanced translation, and increased retrotransposon activity.

Researchers have used "blood factors" in rats to apparently rejuvenate organs in the rats.