Paradoxical Lucidity in Patients With Dementia

Paradoxical lucidity is a little understood phenomenon where patients with severe dementias show cognitive adeptness and communication, especially around the time of death. The phenomenon may provide insight into neurobiology and further treatment of dementia.

Anecdotes of unexpected mental lucidity have been reported for centuries in patients with dementia. Modern medicine defines Paradoxical lucidity as a brief (from minutes to days) period of communication or connectedness in a patient who was thought to have been mentally disabled. The lucidity occurs spontaneously, with no warning. Dementia is considered one, but not the only, cause of an 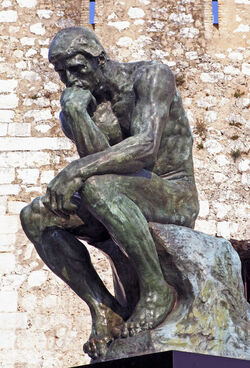 inexorable and irreversible process of structural neuropathology. Understaning paradoxical lucidity may help scientists figure out the neurobiology and treatment of severe dementias.

What we know so far

Paradoxical Lucidity has been reported in not only dementia patients but also in patients with tumors, brain abscesses, strokes, and meningitis, as well as in comatose patients who awaken shortly before dying. Here we will observe PL. In this study, there were 49 patients, 43% of PL episodes occurred within the last day of life, 41% within 2-7 days before death, and 10% within 8–30 days before death. This study is done on mostly cases reported before 1849. A more recent study was done in 2017. Here out of 38 patients, almost half had lucidity one day before death. This episode of lucidity can last any duration from 5 minutes to several days. The patient is fully lucid and aware during this time and can often have meaningful expressions of different variety and depth. The PL can be associated with “deathbed visions”, often of loved ones.

The main reason behind dementia is irreversible degeneration of the cerebral cortex and the hippocampus - a number of neurotransmitter systems. Degenerative changes are observed in brain chemistry and neural systems that release glutamate, norepinephrine, and serotonin. As these are irreversible changes and paraodixcal lucidity occurs suddenly, it is very unlikely that there is any nerve regeneration. Wharever the process, it is probably complex and not the result of one or two causes. Perhaps there is complex adjustment in neuronal signaling, alterations and modification at synapse or even temporal reversal of or compensation for neurotoxic protein effects such as chronic functional disability.

The mechanism of how paradoxical lucidity arises is unexplored. A potential biological explanation can be given based on related phenomena. As lucidity occurs before death, neurobiological data related to NDE’s (Near Death Experience) are of relevance. There has been many reports of surges of brain activity at or before the time of death. These are usually accompanied by a decline in blood pressure in the brain, decline in some measures of brain actvity (Bispectral Index, Patient State Index) followed by a suddent increase in those measures and electroencephalogram (EEG) activity to normal levels. There are many possible explanations provided for this phenomena, one is that the brain suffers hypoxia before death which leads to activation of the brain.

A surprising field of study related to lucidity is physics. In dynamic non-biological networks, there are periods of spontaneous order before the network collapses. These similarities have led to computational modeling studies of large-scale brain networks.