Your Mental Abilities Change as You Get Older

Research has established a number of cognitive processes that commonly change with age. Normal healthy aging depicts a typical cognitive profile of declines, stability, and improvements across the life span. The most notable age-related declines are in performance on cognitive tasks that require participants to quickly process information to make a decision, as well as, tasks that require more controlled processes. These tasks include measures of working memory, executive function, and speed of information processing. There are also notable declines with age and long-term memory function.

Researchers often compare task performance of older adults (people over the age of 65 years) to younger adults (people between the ages of 18 to 30 years) in order to figure out differences between age cohorts. It is important to note that age-related changes do not merely begin at the age of 65 years. Adult aging is a lifelong process that begins in early adulthood with a continuous, steady decline occurring for processing-intensive tasks (e.g., working memory, speed of processing, and long-term memory). Task performance of world knowledge, which is measured by tests of vocabulary and linguistic knowledge, remains stable with advancing age and even tends to improve across the life span. There are vast individual differences in adult aging. An important distinction to note is that normal, healthy aging is a natural maturational process, and is different from pathological aging, which is due to disease or trauma to the brain (Reese, Cherry & Copeland, 2000). Those who develop greater than normal cognitive declines (referred to as mild cognitive impairment) and those who become clinically diagnosed with dementia are grouped as part of neuropathological aging.

While there are numerous studies showing significant age-related differences in memory, the causes and findings of aging and memory impairments are varied in the literature and differ based on task demands. Many studies have demonstrated recollection, recognition, retrieval, and associational memory impairments in aging. In addition, age differences have been found more frequently on effortfully 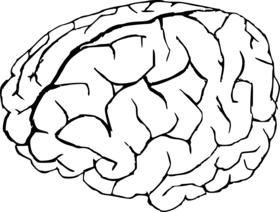 demanding controlled tasks, such as selection among competing alternatives and binding items to their context. Impairments in aging have also been found on explicit memory tasks, where older adults have shown greater interference from competing information and inhibiting strong responses. However, age-related declines are not uniform across memory domains, particularly in prospective memory and implicit memory there are robust results that indicate preserved performance in older adulthood.

Attention is a basic cognitive process affected by age; however, attention is not a singular function. It is well documented that the attentional resources available for processing information decline with age (Luo & Craik, 2008). Noticeable changes in attention that occur in older adulthood are declines in performance on complex attentional tasks, such as selective or divided attention. Moreover, research has found age differences in aspects of attention, particularly with executive control, such as task switching, and inhibition. Performance on simple attentional tasks, such as digit span, where performance is measured by recalling lists of digits, is similar in older and younger adults, and is suggested that simple attention abilities are well maintained in normal aging.

Language is among the best preserved of cognitive functions in normal aging. Studies have found that vocabulary, verbal reasoning, and spoken language comprehension in clear conversational speech remain intact in older adulthood. However, the ability to comprehend speech in background noise tends to decrease with age.

Among the changes that often accompany adult aging are also sensory declining capacities, notably with vision and hearing loss. Much evidence suggests that sensory processing has a clear impact on cognition. There is large-scale evidence from aging studies that a proportion of the age differences across cognitive task performances can be explained by hearing and vision loss. So much so, that when sensory abilities are accounted for statistically, age-related differences in cognitive abilities are eliminated. Age-related declines in sensory abilities have important impact on the daily lives of older adults. Hearing loss not only influences communication for older people, but it can lead to reduced social interaction and engagement. Visual acuity impairments can impact mobility and draw from limited attentional resources, which could negatively affect driving.

Despite the sensory and cognitive changes that accompany aging, there are compensatory utilizations of age-spared knowledge and retraining that could help adjust and improve outcomes. Variables that influence the magnitude of age differences across tasks include the opportunity for use of environmental support or compensation. Current work is focused on the development of potential strategies to help compensate for sensory declines. For instance, there are studies underway to see whether hearing aid early adoption and intervention could mitigate age-related cognitive decline. This work is critical, particularly given the substantive evidence across systematic reviews that hearing loss is associated with increased risk of developing dementia in later life. One possible explanation for the inter-relatedness of sensory and cognitive function is from Baltes and Lindenberger’s “common cause hypothesis” which states that overall biologically based factors may account for both age-related deficits at all levels of sensory and cognitive functioning.

Aging is a complex, multifaceted term - the definitio of which varies in how its studied, defined, and compared. Moreover, there is large variation in cognitive change from individual to individual. Many of the cognitive declines documented in healthy older adults are the result of slowed processing speed. General slowing with age can adversely impact performance on many other measures of cognitive functions. In other words, a decline in processing speed can have implications across a variety of cognitive domains. Therefore, slowed processing is a descriptor of cognitive aging rather than an explanation for cognitive deficits and does not address the causes of age-related slowing. Researchers have suggested that the observed age-related declines in memory are caused by a limited processing resources or a general slowing. More work is needed to understand and clarify these mechanisms on a neurobiological basis.

In a new field of cognitive neuroscience of aging, researchers study the relationship between the effects of aging on cognition and on the brain. Recently in the field, studies have characterized brain structure changes observed in normal brain aging. Volume of grey matter tissue begins to decline in several areas of the brain, namely in the frontal and medial temporal areas. Reduction in brain volume is not uniform and does not occur equally across all areas. Gradual decrease in tissue of gray matter is considered to be part of the natural aging process. The aging brain undergoes visually apparent structural changes such as diminution in size and weight, flattening of the cortical surface, and expansion of the ventricles. Brain reduction occurs in a general linear trajectory starting in the 20s and there is a high degree of variability among individual in brain volume changes across the life span.

Analysis of longitudinal study information found that changes to the brain could be detected 10 or more years before cognitive impairment. This suggests that regular screening of some sort may be useful, although there is no consensus about what to do if a person is found to have a brain headed toward dementia.

Nootropics - the class of medications sometimes called "smart drugs" - may well help people with cognitive decline associated with aging (whether from dementia or not). And they may help healthy people do better on some tests of intelligence and memory. But nobody seriously thinks they reverse aging. Even promoters of these drugs admit the effects wear off over time.

The mechanisms by which Nootropics work (if they do work) is by stimulating nerve growth, by altering the availability of the brain's supply of neurochemicals (i.e. neurotransmitters, enzymes, and hormones), or by improving the brain's oxygen supply. Enthusiasts say nootropic drugs can produce some of these mental phenomena (different ones have different effects):

The most widely used and accepted nootropic is modafinil, although methylphenidate (Ritalin) and Adderall, prescribed for attention deficit disorder, also are used by body hackers looking to get smarter. Modafinil is a stimulant, like caffeine, although it works differently in the brain. Modafinil is a prescription drug approved for use in people with sleep disorders, although doctors also prescribe it off-label, and many people find and use the drug without a prescription.

One way to categorize these drugs: