Apathy in People with Dementia

The term “apathy” is derived from the Greek word for passion: “pathos”. A-pathy describes a lack of passion. We’re all apathetic sometimes, but chronic apathy can be classified as a psychological/medical disorder. It’s like depression in that respect, and indeed depression and apathy often happen together and apathy is often mistaken for depression. But there is a distinction. Some say depression is a “disorder of emotion”, while apathy is a “disorder of motivation”.

Why should we want to treat apathy? Well, it diminishes quality of life for the patient and the caregiver. It can disable the patient, at least functionally, from some activities and capabilities. While medicines should never be administered without thought and while the elderly typically take many pills already, pharmacological treatment of apathy is viable.

Apathy is certainly a secondary condition - that is a symptom of other diseases and illnesses. Whether it is also a primary disease that should be attacked directly - that’s a matter of debate. Traumatic brain injuries and strokes often result in apathy. Neurological diseases such as dementia can also produce apathy.

Apathy is perhaps underappreciated as a medical problem partly because people do not approach doctors and nurses with complaints about it. People with apathy don’t mention it at the doctor’s office (Why would they? They’re apathetic.) And caregivers often don’t mention it as they think it is normal.

Further, when the symptoms are recognized, the condition is often classified as depression by doctors and lay people. There is a technical distinction between these two conditions although they share some symptoms and are often treated similarly. The patient’s history and reports from friends, family, or caregivers are important, too. Testimony from the patient about his or her subjective experience is also factored into a doctor’s diagnosis.

Doctors and nurses can use the Neuropsychiatric Inventory to assess levels of delusions, agitation, depression, irritability and apathy. There is an Apathy Evaluation Scale although we are not sure how widely it is used or whether psychiatrists take it seriously. The Lille Apathy Rating Scale (LARS) is also out there.

Some of the tools clinicians use to diagnose depression are:

Apathy is a symptom of dementia (Alzheimer’s and other forms) and mild cognitive impairment. Researchers have found that if a person has apathy, he or she is more likely to develop MCI. Apathy also predicts that MCI will worsen to dementia.

Dementia results in both apathy and depression. Frontotemporal dementia tends to be more on the apathy side, while Alzheimer’s is more on the depression side. This is consistent with the observation that brain injuries that affect the prefrontal cortex (and basal ganglia) are correlated with high rates of apathy.

Apathy is also frequently a problem for those with other chronic neurological disorders.

Many doctors start treatment of apathy with a cholinesterase inhibitor, especially if the patient has not been on one before. If symptoms do not improve dopamine agonists and/or stimulants are used.

Because apathy resembles subcortical dementia in some ways, doctors often choose to treat it with dopamine receptor agonists.

The types of drugs used to treat depression are sometimes used. While the widely used SSRI medicines are not prescribed for apathy, dopamine agonists often are given. (SSRI antidepressants sometimes make apathy worse in elderly patients.) Also stimulants and cholinesterase inhibitors (widely used in treatment of Alzheimer’s) can be employed. The atypical antipsychotics used to manage schizophrenia have been reported to be useful for treating apathy in patients with dementias. Methylphenidate, also called Ritalin, is often prescribed, sometimes in combination with an antidepressant.

Italian scientists report use of Rivastigmine can help alleviate neuropsychiatric symptoms, including Apathy to some extent, in patients with Parkinson’s Disease Dementia. They admit they are “more circumspect” about the influence of Rivastigmine on apathy than on on some other symptoms. 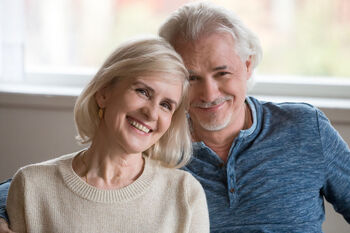